Connect with us on social media & be privvy to what's happening real-time at Glenora.  Also, we have exclusive deals you won't want to miss! 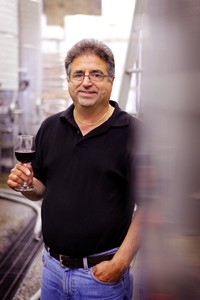 Steve is the Head Winemaker for Glenora Wine Cellars. Steve earned his degree in Biology from Stetson University and has since enjoyed 40 harvests in the Finger Lakes, plus one in Chile.

Steve started his winemaking career in the late 1970s, working with Guy DeVaux and Charles Fournier at Gold Seal Vineyards and their excellent sparkling wines. While at Gold Seal, Steve did critical research on secondary fermentations that was later applied to mainstream production. He experimented with the production of sparkling wines using unique grape varieties, as well.

Steve became the assistant winemaker at Glenora in the late 1980s as part of an ambitious expansion program with an emphasis on Sparkling Wines. In 1995, Steve was promoted to head winemaker. Riesling is at the forefront of production for Steve, along with other aromatic white vinifera wines, sparkling wines, and barrel aged red wines.

Steve is a very friendly and personable winemaker, and he enjoys talking 'shop' with visitors and other winemakers.  Hopefully, you will get a chance to meet Steve in person!