It is a dark, cloudy morning over the vineyards of Glenora and the shores of Seneca on this the first Sunday of the last month of the year and the last month of the decade. With a few flakes of snow in the air the temperature is 27 degrees with a feel like temperature (started to say "reading"-but how do you record "feel like") of 20 degrees, which is a result of the effect of the wind which is coming from the southeast at 6 miles per hour. Lake temperature: Keuka: 46 degrees.

In the vineyards: For part of the vineyard team it was "in the Woods" as they were taking some vacation time to chase deer. We are going to get one of those genetic kits to test Bob as we are quite sure he is related to Daniel Boone or some other previous hunters as he seems to have an uncanny ability to locate dee much to their chagrin-at least for a short period of time.. Those team members not in the woods spent some more time hilling up-that project will end this coming week. After that it will be pruning, although we are giving lots of consideration to removing some of the older vineyards --- some being close to 50 years of age.

On the Press Decks: At CLR Tim and Wally now have all of the pressing equipment in storage-wrapped up for another year. The Glenora team has their equipment in storage as well and will soon have the equipment that is too large to be moved-shrink wrapped, maybe we can get a wrap with color this year.

This coming weekend marks the end of the Seneca Lake and Cayuga Wine Trails special events for the decade. At last report the Cayuga Trail is expecting 1200+ event participants and the Seneca Lake Wine Trail is expecting close to 3400 participants. The Seneca Lake Wine trail did an extensive; in depth survey of past wine trail event participants earlier this year. One of the interesting things, and there were many, is that a significant number of trail event participants are "first timers". Another part of the survey was to determine where people came from and what the demographics of the area where they came from. All of that information helps the trail to market and promote visitation to the wine trail members. Wine trail events, on Seneca, have grown significantly since one of the first trail events in 1991, Fruhling Wein Fest, when Anthony Road, Castel Grisch, Lakewood, Fulkerson, Prejean and Glenora got together to create and present the event. Tickets were $5.00 and participants received a "engraved wine glass", wine and food pairings, AND a Pine tree seedling (we have wonder how many of those are still alive). The event was very successful and by 1994 there were 16 Seneca Lake wineries participating-ticket prices had risen to $8.00, and there was a survey given to each of the participants asking them questions about the event -ironically many of the same questions are still being posed to event participants today-it just costs more to conduct surveys today. 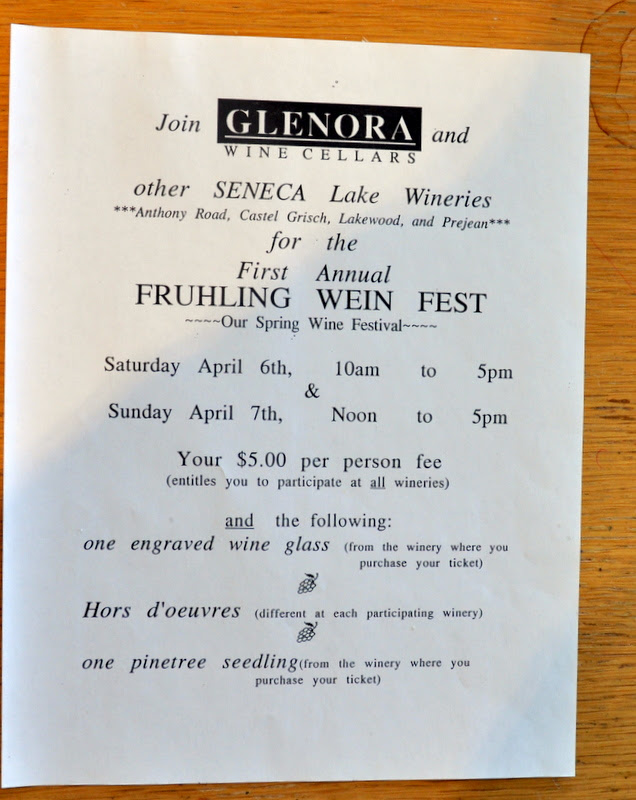 The Veraisons team presented a spectacular Thanksgiving buffet this past Thursday. It is quite amazing to see the preparation that goes into presenting and serving the buffet-three seating's. Our hats are off to everyone who made the event possible == your time and efforts are very much appreciated as are those of the retail shop team who opened the retail shop in order that our Thanksgiving dinner guests had an opportunity to visit the retail shop as well.

This coming week Joel and his team will be decorating the Inn and Verasions for the Christmas holiday season. It really is very impressive, a huge Christmas tree on the veranda, very large pine wreaths hung over the entry ways to the inn complete with night lighting, Christmas trees in the dinning room, and the editor's favorite the two wreaths hung in the windows in the cupola over the Inn.

Wine bottle deposits - there is legislation on the horizon that would require a deposit on wine bottles (and apparently other spirit bottles). As with many proposals of this type it seem that very little thought has gone into this proposal, with one of the biggest unanswered questions is "who is responsible for the redemption (collection and refunding of the deposits). Hopefully we will be able to make enough money on Small Business Saturdays in the future to cover the costs of yet another government mandate. 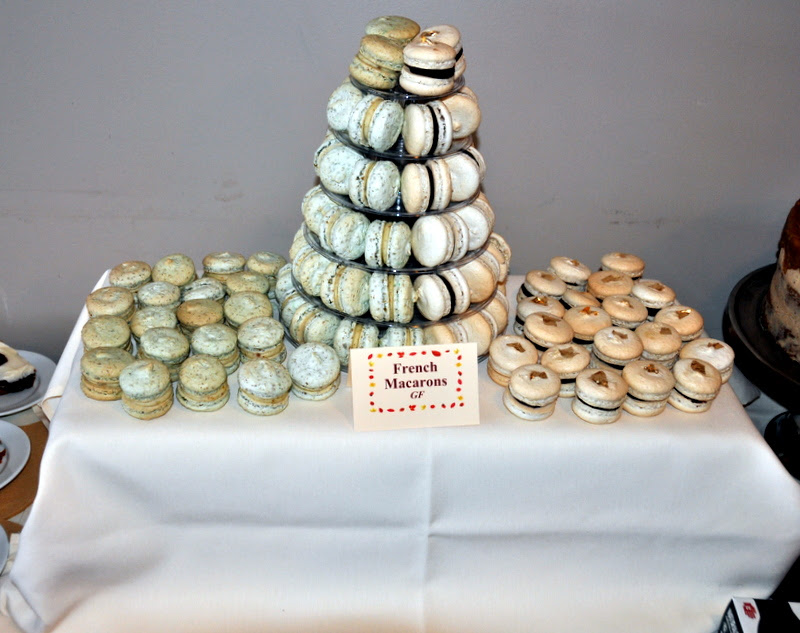 Thought for the week:   Vision-Ideas
"True originality consists not in a new manner but in a new vision."