It is a cloudy morning over the vineyards of Glenora and along the shores of Seneca on this the first Sunday of September (there are five Sundays in September this year). The temperature is 56 degrees with the wind coming from the south southeast at 4 miles per hour.

In the vineyard: One of the sounds of the upcoming harvest season is resonating throughout many Finger Lakes Vineyards-the "booming" of bird control cannons. The cannons do not blow birds out of the air (we have other devices for that), but the cannons create lots of noise that is intended to scare the birds - the keyword being intended! There was lots of news in the last issue of the year of the Finger Lakes Grape Program's Finger Lakes Vineyard Update. While it was the last for the season, the program will be sending their Veraison to Harvest newsletter next week. The hot topics, or interesting articles, included a listing of prices that will be paid by of the Finger Lakes wineries (15 submitted information). Our wineries accounted for 20% of the submissions. In general there is very little price variation between the wineries, if there is a difference is usually a result of the focus of a particular winery puts on a certain grape variety. The prices ranged from a low of $230 per ton for Concord to a high of $1825 per ton for Sangiovese. The average price per ton for Concord was $295 and the average price per ton for Sangiovese was $1825. Other interesting articles included more information on fruit fly eradication, and the fact the all employees need to have received their Sexual Harassment training by October 9th - George Orwell is the enforcement officer!!

The vineyard teams gathered on Wednesday to review and finalize harvest plans. The equipment is ready, the bins are ready, the trucker is ready - if there is anything lacking, it is help (finding help has been a challenge all year). It is going to take a lot of coordination to accomplish harvest this year! 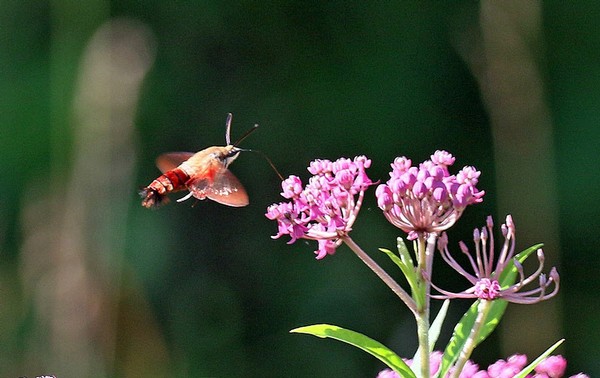 On Tuesday, the members of the GOB (Good Ole Boys) gathered for their quarterly (more of less-mostly less) luncheon. In order to qualify for membership, one has to have had involvement in the grape/wine industry since the 1960's. If one wants to know the history of the industry, from those who have actually experienced it, not heard about it or read about it, the GOB club is the place to go. What we have learned over the years is that often times fiction when repeated enough seems to become fact!

Also this past Tuesday, there was a tasting of several vintages of sparkling wine which was held at Veraisons. We will be posting more information on the event and the results of the tasting as soon as they are compiled. The vintages tasted ranged from 1986 through 1998-what were you doing during the 1986 harvest/vintage?

Speaking of history: on Friday afternoon we gathered to celebration Cellar Master Shawn Andrews' 25th year at Glenora. It was interesting, and a bit eye-opening to listen to Shawn tells us about his experiences over his 25 years. The production/winemaking/cellar team at Glenora has many years of experience - Production Manager Tracey Miller has been on the team for 28 years, Sean with 25 years and Winemaker Steve DiFrancesco 24 years. Lots of experience, history, and stories!

While most are celebrating the Labor Day weekend there will be, or have been, two wedding celebrations at Glenora this weekend as well - one yesterday and another today. An August bride and a September bride - both during the same weekend! 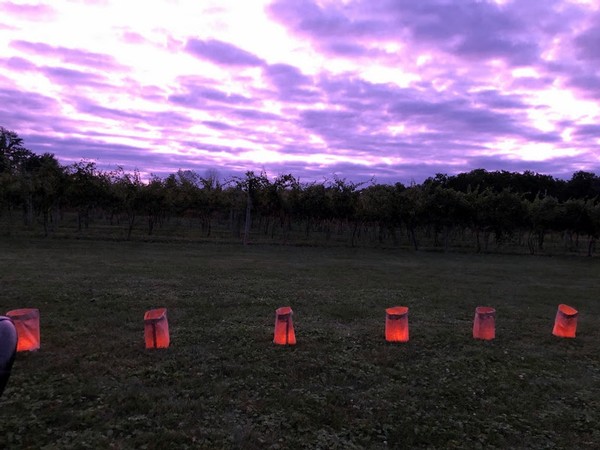 If you are a fan or cars, racing, and history you should be in Watkins Glen next Friday, Saturday and Sunday as 26th Annual Grand Prix Festival will be taking place there. As well we, Glenora, Knapp and Chateau LaFayette Reneau will be hosting over 480 cars and 960 drivers and passenges at the various winery locations on Friday morning and midday. Every one is welcome to come to the wineries to see tha cars and to chat with the owners. If you are a Gearhead, Track Rat, or a car Fan(atic), these will be the places to be! Our thanks go out to Watkins Glen Promotions, the sponsors and the over 100 volunteers who make this happen.

Thought for the week:    Destiny
We are not permitted to choose the frame of our destiny. But what we put into it is ours."